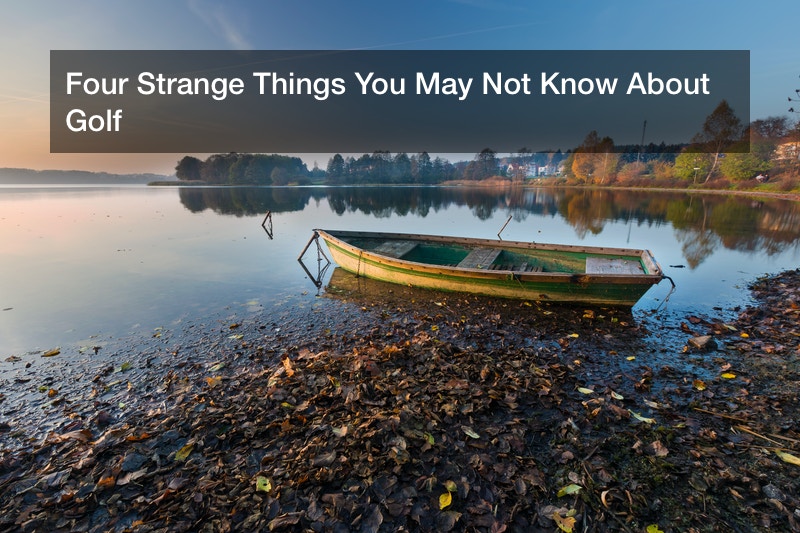 Can you remember the first time you watched a game of golf? While it may not be as fast-paced or as violent as football, golf is a popular past time for a reason. In 2015 alone, it’s estimated that about 2.2 million people took up golf. A lot of people play golf because it relaxes them; for others, it’s just as competitive and intense as any other sport. Many of the world’s most famous golfers spend years honing their craft, and the majority of them began playing golf as children. With that being said, to the casual observer golf may seem like a bit of a mystery. They might not understand what draws people to golf — let alone what would lead someone who isn’t close to the nearest green to invest in high definition golf simulators. But there’s more to golf than what may initially meet the eye — let’s dive in and find out more about this curious pastime!

2. Golf Is Older Than You’d Think

Golf has been around a lot longer than you might imagine. You may know that golf was initially a Scottish creation. It’s impossible to know exactly when the first game of golf was played, but it was likely created over 500 years ago. Before the Scots really created golf as it is known now, they may have picked up a few tips from the Roman game of paganica, which involved hitting stuffed leather balls. The Chinese game of chuiwan could have perhaps lent some traits to golf as well. No matter what the Scots took inspiration from, they perfected the game, with the first notice of golf on the history books being a record of King James banning the game, as it distracted people from their archery practice! Over time, as people immigrated from Scotland and brought golf with them to their new homes, it gained popularity. In fact, by 1900 the United States already had over 1000 golf clubs.

3. Golf Has Gone To Outer Space/p>

It would be easy to think that the stories of golf being played on the moon are urban legends. That couldn’t be true, could it? In fact, it is. Golf has been played on the moon, thanks to Apollo 14 astronaut Alan Shephard. According to Shepard, the golf ball seemed to travel for miles and miles. Putting his assertions to the test, physicists have since attempted to replicate Shepard’s famous shot, and have found that indeed hitting a golf ball in space should make the ball travel about two and a half miles, depending on the force put behind it. It’s a great shot to make if you have the chance!

Don’t ever doubt the universality of golf! While it is often seen as a somewhat stuffy game, largely played by Americans and Europeans, you only need to look at the world’s highest golf course to see otherwise. It is Yak Course in India, according to the Guinness Book of World Records, with the second highest course being in Bolivia! Golf is easy to love, and if you’re traveling across the world chances are you’ll find a course!