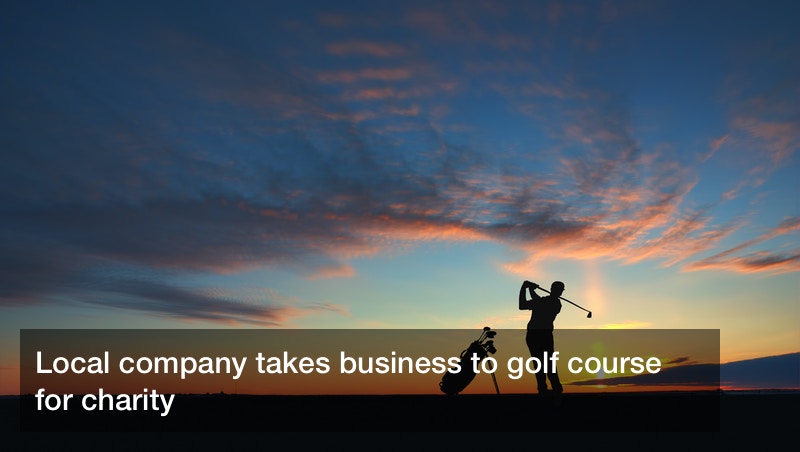 Playing golf is a great way for employees at a company to let off steam and get to know each other a little better. But this fun pastime can also be put to good use. In the news clip featured in the video, employees at Domtar, a paper and pulp manufacturing company based out of North Carolina, hosted a charity golf tournament. They used the tournament to raise money for the Ronald McDonald House Charities, an organization that assists families dealing with childhood cancer. The money from the tournament went toward providing hot meals, clothing, and beds for families staying at Ronald McDonald House locations throughout the country, allowing families to remain together during their child’s cancer treatments. According to one employee interviewed in the video, Domtar had raised over sixteen thousand dollars during previous years’ golf tournaments. He seemed confident that this year they could beat that number.

Charity fundraisers are a great way for companies to give back to the communities in which they work. A company can raise much more money than a single individual can, which lets them have a bigger impact. Fun, interesting fundraisers like golf tournaments are also only possible when large groups organize and participate in them. And when a large corporation is doing something for the community, that news catches the attention of local outlets. This additional coverage brings in more people, which means more money. And on top of the charity that these companies are providing through their fundraiser, this image of doing selfless deeds for the community brings the company additional goodwill. While it might not be their goal while planning the fundraiser, this can certainly lead to more business and more revenue for the company itself once the fundraiser is over.

Generally, the money raised by company fundraisers like the one Domtar held goes to major charities like the Ronald McDonald Charities. While some might argue that the money should go to local charities that might struggle with finances, the name recognition also helps the company to raise more money. People are going to recognize the name Ronald McDonald, no matter where they live or what field they work in. So they’re more likely to trust that their money is going to a legitimate operation, especially when they can easily look up more information about the charities using that name as a starting point. This is an advantage that smaller charities don’t have. Often they don’t have name recognition outside of their local community or particular field of focus. If people don’t know who they are, they are likely to hesitate to donate much money, or any at all. Combining name recognition with company clout brings in more money.